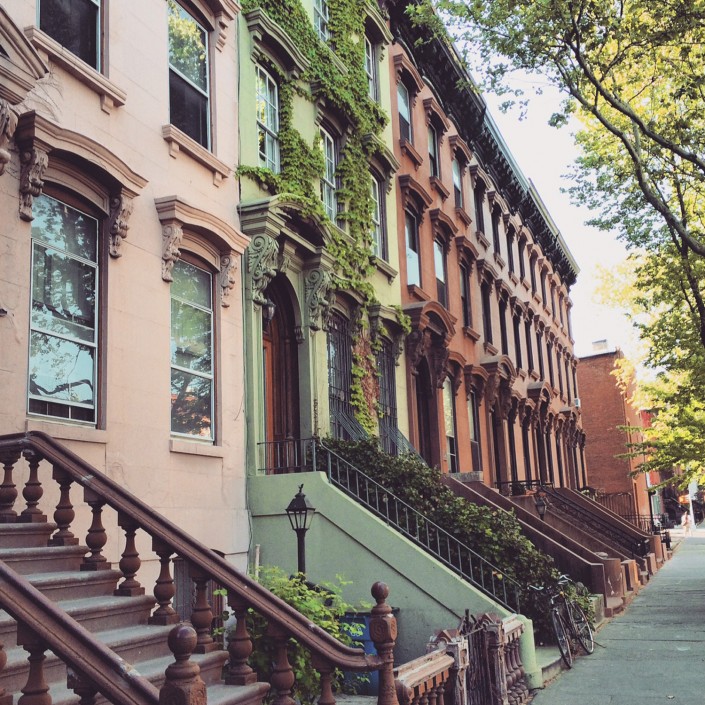 This week certainly flew by! In case you missed it, we debuted the logo we’ve been working on for Skyport NYC, the only seaplane terminal in the city. We combined a ship’s steering wheel and a propellor to convey Skyport’s unique function, using exclusively black and white for a sophisticated look. Read more on our previous blog post! Along with our usual identity and web development, we’ve been really putting our hand-lettering and illustration skills to work at the studio. We’re having a lot of fun with our latest Brooklyn-based project and shared some of it this week– and there’s more where that came from.

Word got out this week that Wegmans will be the long-awaited occupant of the vacant Admiral’s Row in the Brooklyn Navy Yard. In case you’re unfamiliar, Wegmans is pretty much the greatest grocery store in the world, so we’re psyched to have an outpost as a new neighbor. We visited Matt Weiner’s Mad Men exhibit at Museum of the Moving Image last weekend, and with its costumes, sets, and comprehensive behind-the-scenes features, this installation is not to be missed. Although it will be open to the public until June 14th, this is the weekend to check it out because the whole series ends this Sunday! We’ve been sifting through the countless internet theories on the grand finale, though we know it’s ultimately foolish to try and guess how all of this can possibly end. Thanks for the memories, SCD&P!