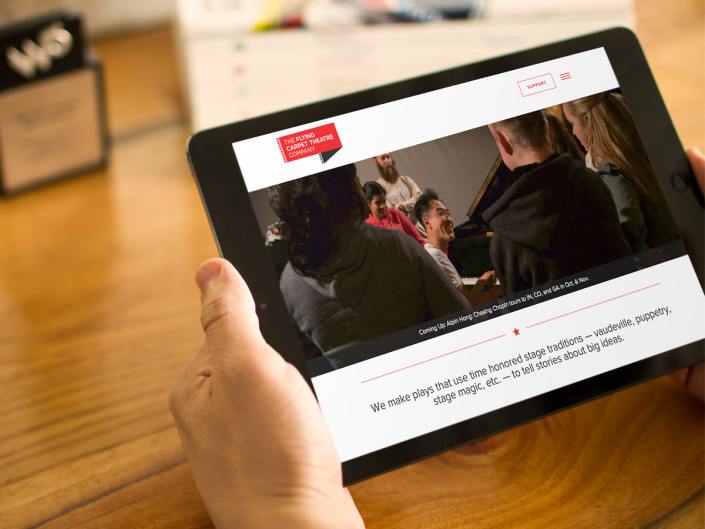 We’re so excited to announce the launch of the website we’ve designed and developed for the Flying Carpet Theatre Company! Back in 2012, we gave their original site a massive makeover, and three years later, it was time for a refresh. We work with FCT on their various events and campaigns year-round, and we were excited to take on this project. 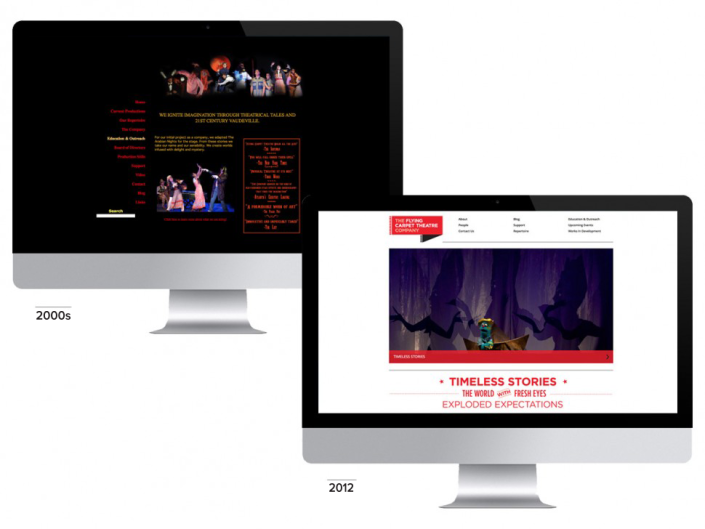 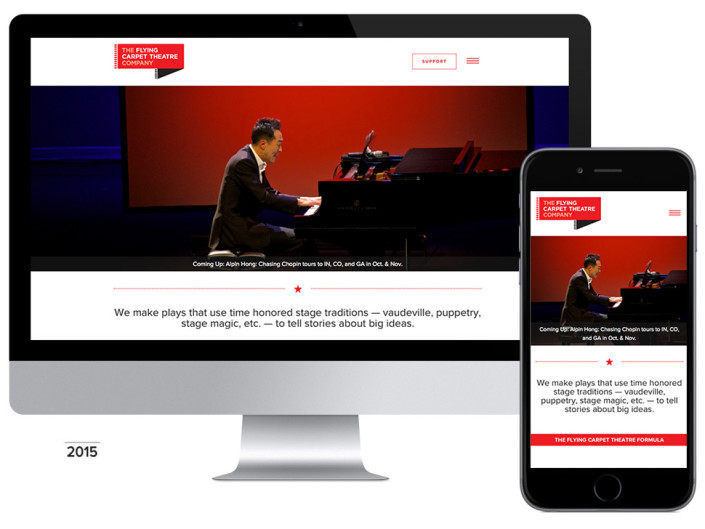 In updating this site, we wanted to maintain the clean aesthetic and general layout of our 2012 version while modernizing the interface and organizing all of the elements more efficiently. The new site, built on WordPress, uses larger photos and incorporates the Flying Carpet Theatre formula, which has become an integral part of FCT’s brand and mission in the past few years. We moved away from the elaborate vaudeville-inspired type lockups found throughout the former site, which were formatted as images. Instead, the copy on the new site is all in live text, making it much more SEO-friendly. And of course, the new and improved site is responsive! 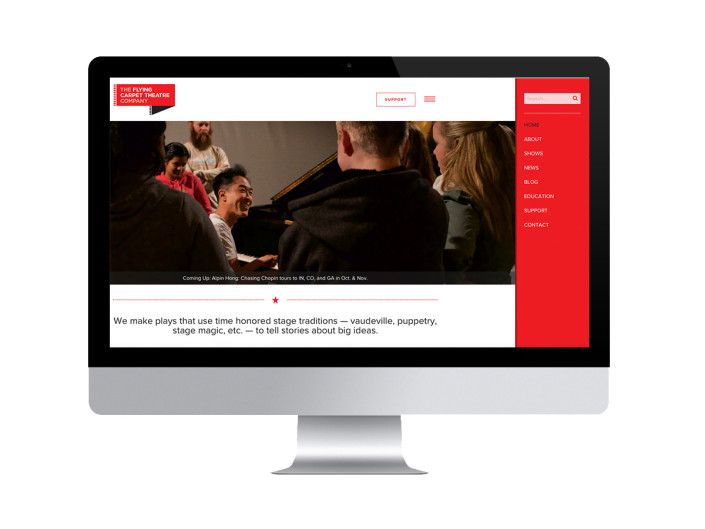 Another issue we tackled was handling the large amount of pages originally in the top navigation. The three-column navigation bar took up too much space, but since all pages are of equal importance, it didn’t make sense to condense them into a hierarchy of drop-down categories. Instead, we moved the page list to a side navigation drawer, making the pages easy to access without sacrificing too much space at the top of the page. The names of the pages were also shortened to one word for consistency. 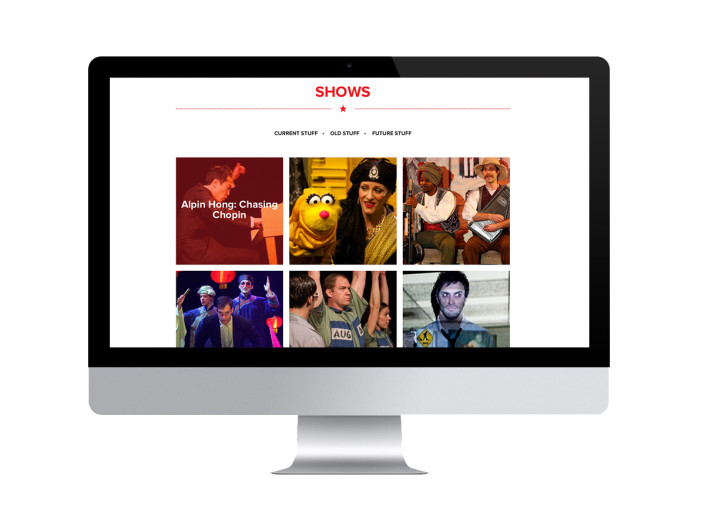 We did quite a bit of research into the best practices of theater company websites to ensure the content was arranged to fit industry standards. One of the biggest changes we made is in the organization of FCT’s plays. Upon selecting the “Shows” page, are first brought to a gallery in which all plays can be filtered by their production status. 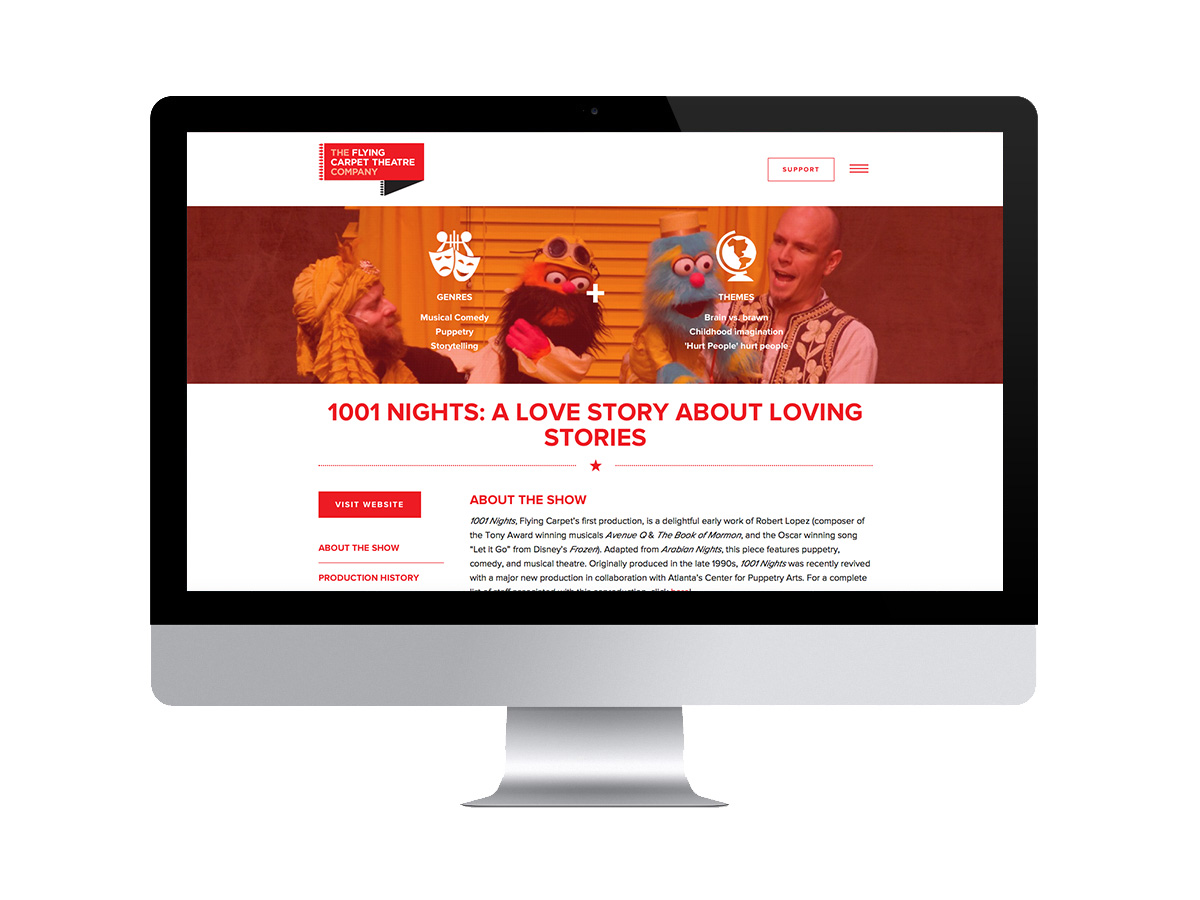 From here, each play has its own subpage with a plot and production overview. These share much more information than the old site’s play pages did, including larger images and in-depth production histories with cast and crew credits. It was important to the FCT team to have the formula of each individual production displayed prominently on these show subpages, so we incorporated the formula in the header image over the red halftone pattern we used throughout the new site. 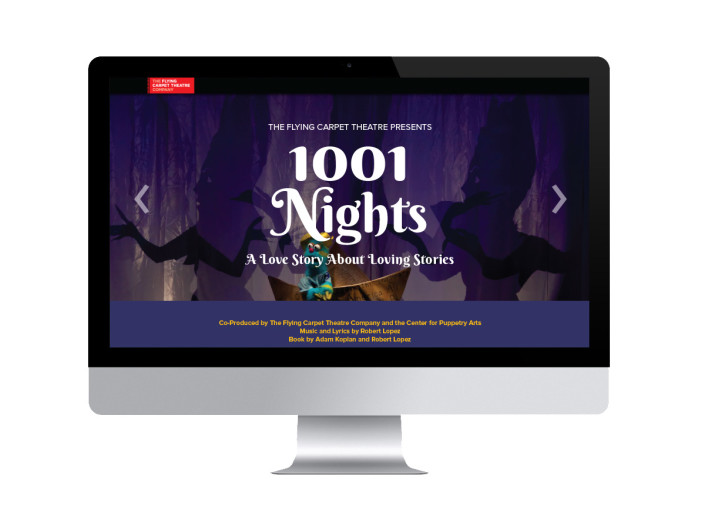 The productions all have their own unique branding, and we wanted to demonstrate this without disrupting the rest of the streamlined site. We created simple, one-page mini sites for current productions, containing a brief overview of the plays with splashy planes of color, large image galleries, and links to video. These mini sites will give production partners and audiences a better idea of the look and feel of each play, and their brief URLs make for easy sharing on promotional materials. 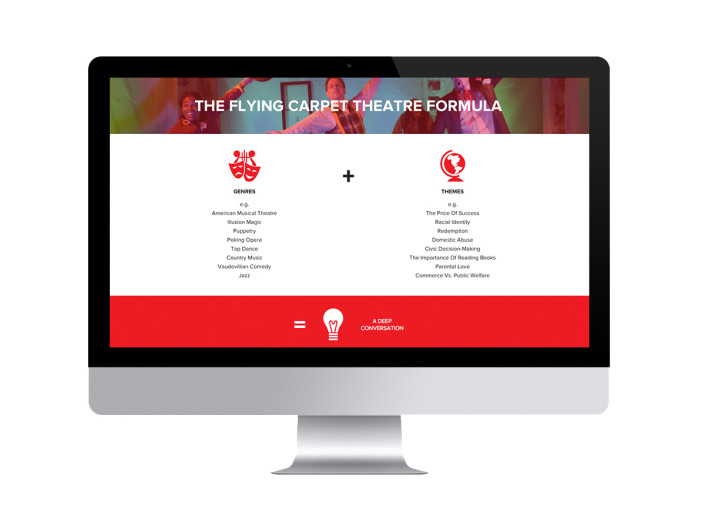